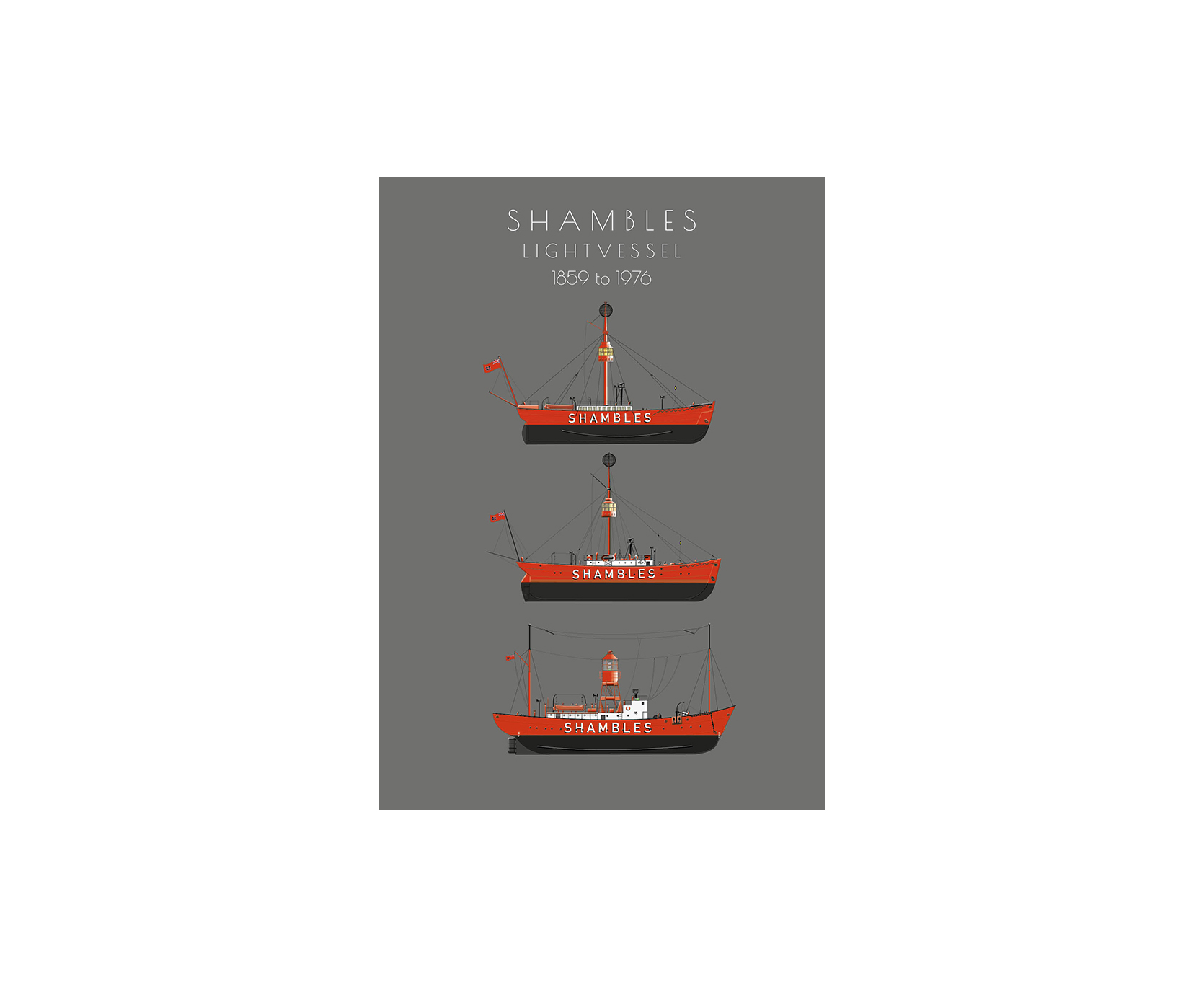 Our illustration shows three of the vessels that served the Shambles station; Lightvessels 50, 67 and 15.  Two of these ships survive today, Lightvessel 50 acts as the club house of the Cabot Cruising Club in Bristol and Lightvessel 15 is now the Tollesbury Lightvessel, owned and run by the Fellowship Afloat Charitable Trust.

The lightship was eventually replaced at the Shambles by a light-float and then a large buoy.